How the vote works.

Discuss policies and candidacies with the potential Headmins.
Forum rules
Post a thread if you want to be a candidate. Must not be permabanned from the game servers or blacklisted.

Reply to a thread to interact with headmin candidates. Rules

Do not spam the same question in multiple threads, use the debate subforum for that.
Locked
3 posts • Page 1 of 1

How the vote works.

Voting procedure
Enter the game when the poll is running to vote:

You get a list of candidates randomly sorted and you re-sort them by dragging and dropping until you are happy with the order (higher on the list indicates you prefer this person more than someone lower) and then you hit submit.

Then when tallied the site eliminates the candidate with the lowest number of first pick votes, re-assigning all of their votes to that voter's second pick, and it does this in a loop until only one remains.

Here are the results and a break down of the elimination rounds a previous election: https://tgstation13.org/tgdb/irvpolltally.php?id=152

In the case that the same person wins both votes, they will be selected as the admin vote
We will then run the player vote again on the same data, but eliminating the admin selection in a special zeroth round and redistributing the votes given as per the votees chosen order.

The justification for selecting them as the admin pick is, given the admins and players selecting the same person as the person they like the most, i'd rather then also pick someone the players also consider their "second" choice, so the players get their "voice" heard, being that they are the people who the server is nominally for.

Filtering
Votes are filtered, according to criteria that myself and MSO have agreed on, because we do not want these gamed, they are not public, however, they filter players to ensure that we only count votes from players who are engaged with /tg/station and regularly use the servers.

Final results are available in raw, and filtered forms.

On Tiebreaking
A total vote score value is calculated and used as a tiebreaker.

Basically, a candidate getting a first pick vote is worth a value equal to the number of people in the election, getting a second pick vote is worth half of that, and so on and so on. This is added up for each candidate and used to break ties on who to eliminate. The idea is to weight the tie break towards the person who was rated more highly by the most people as they are likely to be more preferable to a larger group of people.

Ties after that are broken by order the candidates announced their run (the order in the second post) for the lack of a better metric, this has to my knowledge, not yet come up in a final selection situation.
Top

Re: How the vote works.

Connect to any of the /tg/station servers (votes are shared amongst them, so you can only vote once no matter the server)

Once in the server lobby screen, click on the Show player polls button 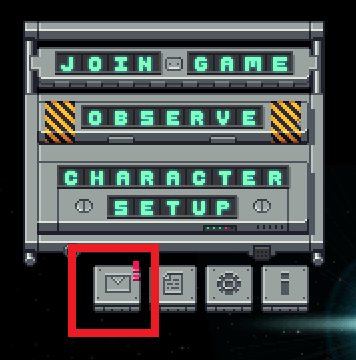 Select the appropriate poll by clicking on the poll name 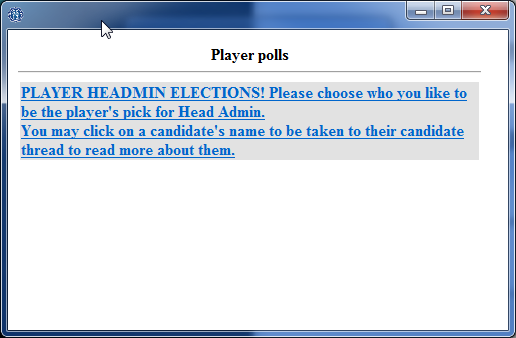 You are then presented with a list of player options. As per the voting procedure, sort them into the order you prefer, with the highest being most preferred. 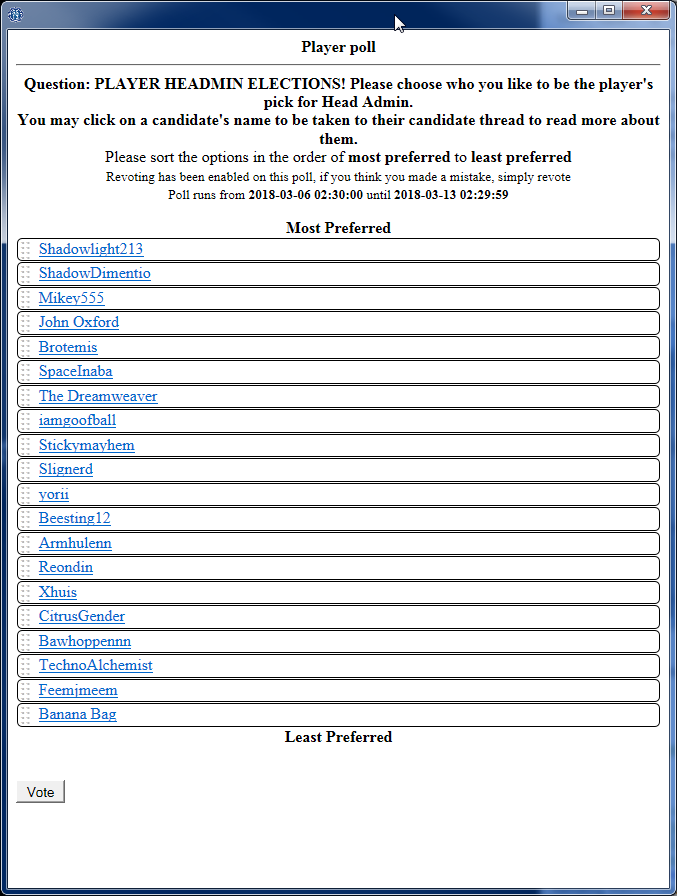 
Note that the outcome of voting is only revealed at the end of the voting period and will be announced in the general election thread.
Top

Re: How the vote works.

The host vote is handed to the current headmins as the following choices: