Morning boys and girls, I like decal painters, they're neat, but also a pain in the ass, I want them to suck less and this is my concept art for what that might look like: 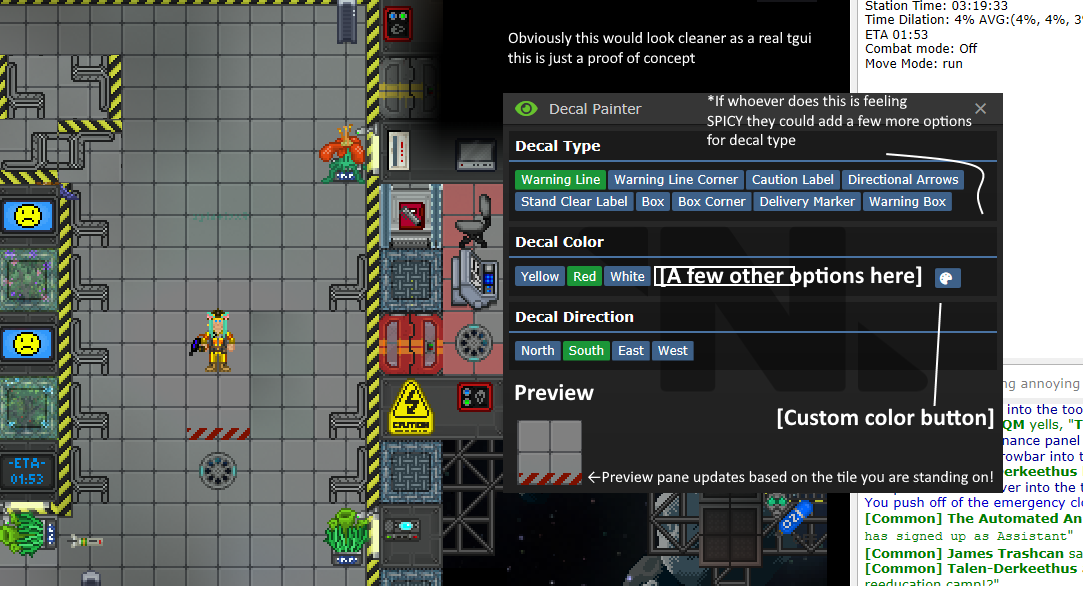 I spoke to Heart, who said something about making them greyscale, they seemed generally supportive. "I've wanted to refactor the decal printer for a minute, we need it to be greyscale" they say.


Make me an offer though I have, like, no idea how code bounties work, or how much this should be worth, I can be reached at Himeko#8008 a lot faster than I'll check this thread.


Hell I don't even know, would this make it into the game if I paid somebody to do it? Worth a shot. If this turns out to be impossible I'll close this thread or whatever. My official response to WYCI is "No u [Throws money brick]"
Top

instead of the north south east west just replace it with arrows too, along with maybe the ability to add letters and color the entire tile?
Top
Post Reply
2 posts • Page 1 of 1