Need shit to play, buttmad at League because I keep getting rinsed, I'm average at games and I don't really get better than average.

Multiplayer that isn't FPS.
Factorio.
Rimworld.
Dwarf Fortress (Still have no idea how to play this.)
Stuff which is autismy, like modded Minecraft automation mining etc.
I play Boris Pepper.

Some good games I can throw off the top of my head.


Steelpoint wrote:Some good games I can throw off the top of my head.

Elder Scrolls Online. it is not nerdy at all and it reminds me of oblivion

>implying MMO's are nerdy.
lmao
Nerdy is such an old term i dont think you can even apply it to anything anymore honestly, especially if being nerdy is considered hip so cool in some places.
"lol im such a nurd xdxdxd"
crack is whack but smacks got your back

Dwarf Fort
Watch Dog
SOUL SACRIFICE
Kenshi
Violated Hero
Slave Maker
King of Dragon Pass
Xcom
To be robust is not about combat prowess, it is the state of readiness for the situation at hand.
Top

On a non vidya note, if you're not doing some pen and paper or tabletop RPG these days you're truly missing out on an experience.
Never give up! Trust your instincts!
Spoiler:
http://steamcommunity.com/id/skorvold
Talk to me on steam anytime.
Top

Bluespace wrote:3 - Really loved the idea, hated the fact if I wasn't building 100 bots at once I would be fucking buttblasted.

What the hell did you expect from Total Annihilation/Supreme Commander successor?

I would suggest some great shit, but since "too old" is a factor, I cannot.
Top

distant worlds is balls to the walls hard.
Go play CK2. O-or WoW with me if you're EU ;_;
crack is whack but smacks got your back

Best roguelike ever. Be a meth-addicted mutant cyborg driving around in a schoolbus running over giant moose.
Shed Wolf Numero Uno 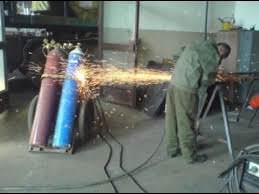 Boris wrote:Sticky is a jackass who has worms where his brain should be, but he also gets exactly what SS13 should be

Europa Universalis - Babby's first paradox game, play as pretty much any civilization that existed from 1399 to 1800ish??? and do whatever you want. Kind of a renaissance era political/military/economics sandbox. Some people find it hard to get into because of the controls and interface.

Victoria II - Like EU except from 1836 to 1930ish??? Again interface is a huge obstacle and learning mechanics like how pops work can be difficult. From what I hear people generally find this to be the hardest of paradicks grand strats.

Elona+ - A roguelike according to some people who aren't super autistic. Really punishing at first but after that first big hill on the difficulty curve it's smooth sailing. You can spend the entire game being a pacifist farmer or trader if you want, or you can set entire towns on fire and summon monsters in people's homes. You get a lot of freedom basically. Some people are put off by how "Japanese" it gets at times.


Lwbrown wrote:Elder Scrolls Online. it is not nerdy at all and it reminds me of oblivion


Edit: also you should look into Dragon Age and Mass effect if you havent already. Bioware are pros when it comes to RPGs

If ToR didn't exist it would be literally the shittiest MMO (from a western dev with a decent sized budget) ever made. Imagine if they shit on TES lore and slapped that over a poor imitation of WoW. That's ESO.
Disregard this person's opinions.

Ummm....thanks? I was just making a suggestion. But It isnt all that bad and it follows the lore decently (I have played all the TES games since Daggerfall) Even though it is obvious chash grab on zenimax's part its still not a bad game. Though you wont like it if you enjoy RPGs its still a decent MMO. Also the PvP is really nice. But please dont shit on other peoples opinions. I do agree with Europa Universalis. however the new one is still a bit buggy

I guess EU4 or CK2 if you're casual
Top

There is one other game I can recommend.

Its a turn based, card building, dice based game that takes place in a post-apocalyptic Earth destroyed by two warring intergalactic empires. You play as either the surviving Humans or Mutants, or as remnants of the alien empires, one side being Robots and the other Biorganic beings.

There's even a demo.

I can go on about this game, but at bare minimum it may be worth a try.

You know what... Play VVVVVV if you haven't already.
my forum gimmick is that no one knows who i am
Top

I actually dorf chatted with 3 other guys on my stream yesterday. One of these em said he kept kicking people in the dick to death. Either way:
1. Download a tile set (SpaceFox is snazzy)
2. skim through this: http://dwarffortresswiki.org/index.php/ ... uick_start or http://dwarffortresswiki.org/index.php/ ... tart_guide
3. Hit buttons and watch the townsfolk be terrified.

[/quote]
Only a third of them you nerd, BUT because you brought the topic up:
Lightning Warrior Raidy 2
Monster Girl Quest
BoobieWars
Captured Market
Queens Hunt
Last edited by srifenbyxp on Fri Sep 10, 2021 2:00 am, edited 2 times in total.
To be robust is not about combat prowess, it is the state of readiness for the situation at hand.
Top

Uh. If you're a new player don't go for DF2014.
Go download the Lazy Newb Pack which has everything you will ever need and play that.
crack is whack but smacks got your back

ColonicAcid wrote:Uh. If you're a new player don't go for DF2014.
Go download the Lazy Newb Pack which has everything you will ever need and play that.

Walking Dead season 2 just for that fucking dog.
Fuck you sam. You made me cry
Top

ColonicAcid wrote:Uh. If you're a new player don't go for DF2014.
Go download the Lazy Newb Pack which has everything you will ever need and play that.

No don't do this.
>Telling a new player to install Masterwork.
Stop.
crack is whack but smacks got your back

I started playing some Planetside 2 again a bit.

It satisfies my shootermens needs. I got into a huge outfit on Emerald as NC, and I've been fighting in a platoon of roughly 36 or so players pretty regularly.

Makes the game a lot better when you can immediately just find a huge group of people that are coordinating together to jump in with whenever you want to play.

The underlying game is kinda...meh. I understand the need to make it so a player doesn't die immediately when getting shot, because there's hundreds of people all over the place shooting everywhere. I don't like how it often feels like you have to empty an entire magazine into someone to kill them though.

The NC is...not the best faction. It feels like we have the worst of everything. Our design philosophy is hard-hitting guns that fire more slowly. When there's lag all over and it's often a DPS race to kill eachother it hinders us a lot.

But we're canonically the closest thing to "good guys" in the game. A coalition of corporations fighting for freedom and all that. Also we got sweet guitar riffs for our ambient music.
Shed Wolf Numero Uno

>Not playing the TR for glorious red suits and possibly communism.
L
O
L
crack is whack but smacks got your back

While I think the Vanu are dirty Cultists.

The TR and NC can be both construed to be both the good and bad guys.

Perspective 1: The TR are a Democratic Republic attempting to maintain peace and order against the terrorist attacks of the NC, since the NC did preform bombings on-board the original colony ships. The NC are simply fighting for an oilgarchy headed by the corporations and have no intentions for freedom.

Perspective 2: The TR are a dictatorship attempting to subjugate the population at any cost against the NC, the bombings on the original colony ships were actually TR backed. The NC are fighting for individual freedom's and rights.

Funny thing is that the TR on Earth are a true Democratic Republic and are very highly regarded by the population, but being stuck on board space ships and a distant world for hundreds of years tends to degrade things.

The NC are a bunch of freedom lovin' space truckers. Like seriously listen to these, it's all you need to know:


Vanu has the worst gay alien techno you've ever heard:

To look at the two factions requires some background knowledge of the situation.

To preempt, the TR is a Democratic Republic that was formed after the end of a Third World War. The NC was formed after certain corporate CEO's grew resentful over the TR's uncapitalistic approaches.

The search goes poorly, as the months drag on the fleets population began to grow restless. Eventually forming a insurgency. This soon escalated into conflict between these Insurgents and the TR as a Insurgant attack force boards a TR Combat Ship which eventually results in over 70 people dying and martial law being declared.

A vote was held, and by a slim margin the vote swayed to increasing military security measures.

Soon a unknown event resulted in the destruction of one of the colony ships, killing nearly 600 people. Another vote was held which gave the TR full control of the fleet. The NC were forced to cooperate with the TR authorities.

Measures to find a planet were increased, and eventually a world was found. The TR enforce the peace, and they did. For the next 200 years peace was maintained, at the barrel of a gun though. The TR was now a Autocratic organization and no longer a Democratic Republic as they Earth bound version is.

Eventually the NC had enough of the peace the TR forced on the people, they felt cost for the peace was to high, as the cost was personal freedom. Peace talks broke down and war ensured.

Oh, and the Vanu were doing something.

*EDIT* If we are going by Planetside 1's lore then yes, the TR are the biggest space communists this side of the milky way. But PS2 does a better job of keeping the factions somewhat more ambiguous.

At least we can both agree: 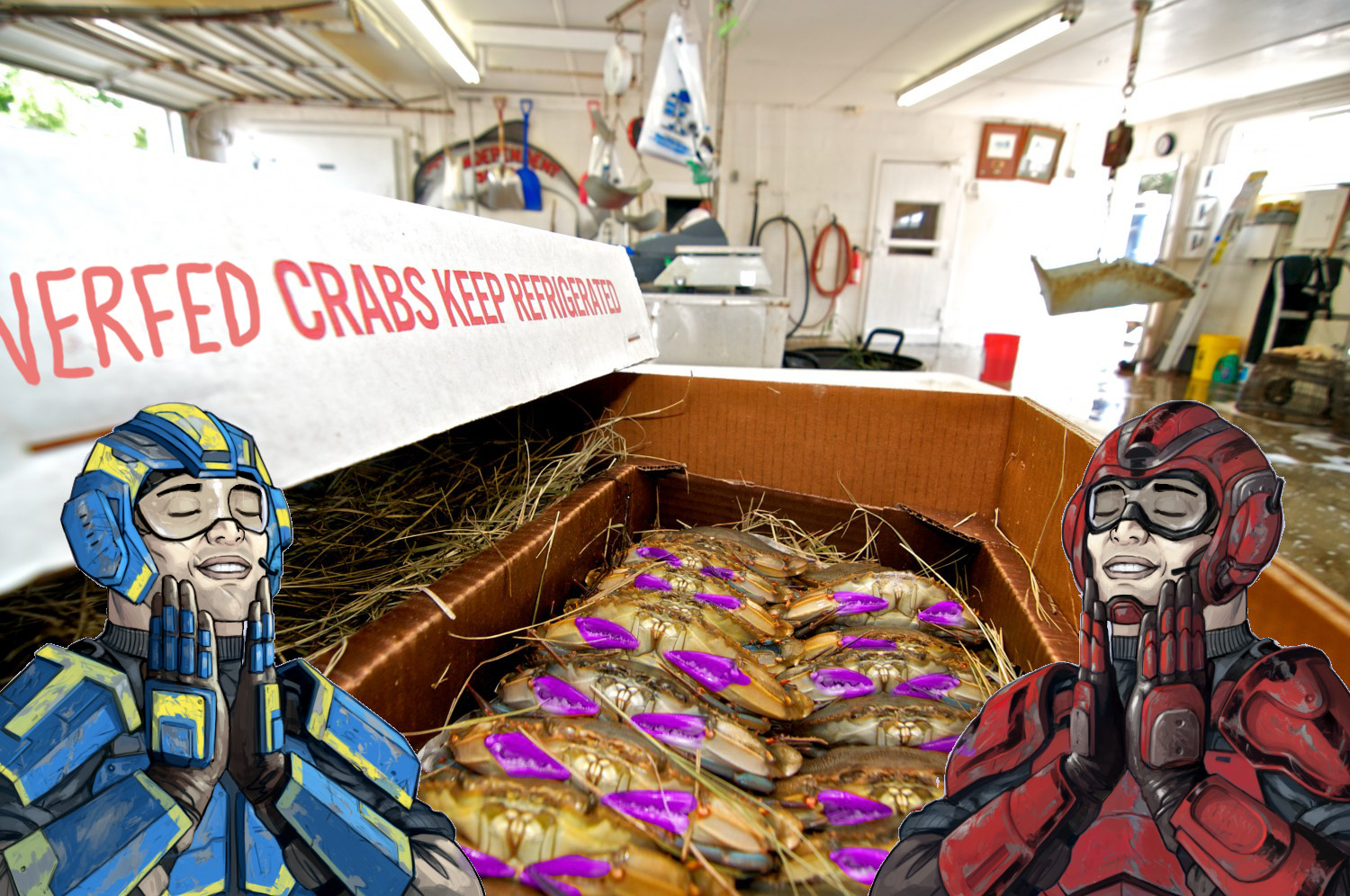 I'm on hiatus from PS2 but I've played with the devil dogs since planetside 1, good times.

VS has best music.
It's just too damn catchy. Pity about literally everything else about that shit-awful faction.
crack is whack but smacks got your back

Ah shit, quick every one lets metafriend eachother and play planet side 2 toget-eerrrrrrrrrrrrrrrrr
To be robust is not about combat prowess, it is the state of readiness for the situation at hand.
Top

Get on Emerald. Roll an NC character. Be a true blue hero. I'll play with ya, I've got a heavily modified Liberator we can just fly around shitting on people with. Always good times.
Shed Wolf Numero Uno

>Playing NC on anything but the west coast server

paprika wrote:>Playing NC on anything but the west coast server

Alice: Madness Returns is a great game and as much as I hate to admit it, I love Dota 2.
i play

TS is for edgy teens and VS is for furries.

NC is the only choice.
Shed Wolf Numero Uno

crack is whack but smacks got your back

Sorry bro, that honor has belonged to Mexico for roughly the last year or so.

Goddammit Gaben the power of the summer sales is corrupting you!
Shed Wolf Numero Uno

uh it is free
Tome 4 on steam is for the donator status just download it here.
http://te4.org/
i have finally got all the classes and races yay 4 me.
crack is whack but smacks got your back