KiloStation was first added to /tg/station's rotation in late November 2019. Created by Okand37, the map features compartmentalized departments, organized around rooms rather than connecting hallways, and a very extensive maintenance containing backrooms with hostile mobs. 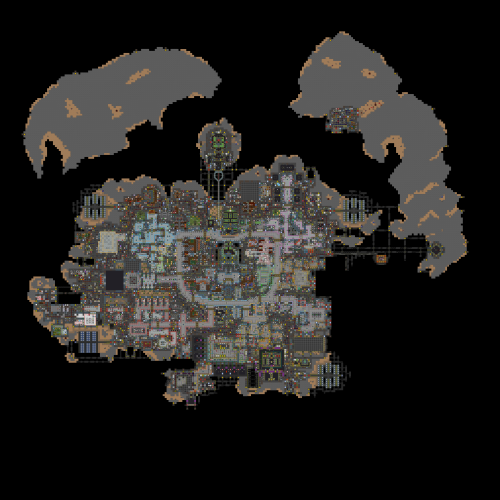 The map was initially plagued by an out of memory crash which could not be replicated locally. As a result it was removed alongside Donutstation in April 2020.

In September 2020 Paxilmaniac started an effort to restore the map. Initial test merges were unsuccessful, but eventually a bug was found and patched in shuttle code. This bug duplicated turfs each time a shuttle landed on a map. KiloStation was most severely affected as the bug impacted its arrival shuttle. Each latejoining player caused a list of turfs to duplicate silently, and the server would crash around the 40 minute mark.

With the bug fixed, KiloStation was returned to the map rotation in December 2020 replacing PubbyStation.