Difference between revisions of "Shaft Miner" 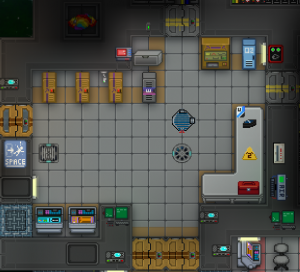 Mining with a pickaxe or drill will slowly increase your mining skill, making you slightly faster at using those tools. These may not be the most efficient tools to use however.

Useful items can be harvested from these creatures' corpses should you triumph; butcher them with a knife by attacking the corpse on Harm intent and the goods will spill out!

Miners don't have to deliver ores directly to departments -- they can if they want, or if those bastards are too lazy to leave their fortress of autism science -- but it never hurts to know what to aim for.

If you're a miner, Mining Station is the perfect hive for a cult. The back room can easily be broken down by Constructs, runes can be placed, and a single artificer can make it very difficult for Security to try and raid. Remember to cut cameras, so a Non-Asimov AI doesn't bolt and electrocute every door. Remember to use Teleport other to get Cultists off station and into safe custody. All the station needs is a Medibot and you are golden.