Toxins is a section of the Research and Development section of the station, devoted to studying the properties of plasma gas and its derivatives. Toxins is most known for, and most useful for, its ability to produce bombs. Bombs can be used for mining or general destruction(but throwing bombs around as a non-antagonist is a great way to get banned), but mostly they're used at the tachyon doppler array to generate research points and (safely) show off your big explosions to the rest of the station.

Tools of the Trade

In toxins, you'll find a variety of tools and machinery for manipulating gasses. These include gas masks (internals is a good idea), wrenches, RPDs, freezers, heaters, air pumps, portable scrubbers, and bomb making supplies. There's a lot of overlap between toxins and atmospherics in terms of equipment, and proficiency in one is valuable in the other.

The centerpiece of toxins is the burn room. There's a pump to pump things in, and a scrubber that pulls things out. You can use the air alarm next to it to set the scrubber to filter out certain gases. There's a button to make sparks in the burn chamber to start fires, and there's a button to open the chamber to space when things go wrong. Don't cycle the airlock when you're inside, you'll get stuck and die.

What the Hell is a Bomb?

Despite Nanotrasen's position at the bleeding edge of any number of scientific disciplines, its bomb makers are limited to using two gas tanks connected by a pipe. You'll notice a pile of tank transfer valves on a table in toxins. These are the foundations of your explosives. To make a bomb, you click on the valve with two tanks (generally a plasma tank and an oxygen tank)to install them.

Now, you need a way to open the valve, preferably from a large distance. Toxins has a variety of triggering devices, and more can be found throughout the station. To attach a trigger device, use a screw driver on the device, and then use the device on your bomb assembly.

The simplest and safest device is the signaler. You can use it in your hand to set a frequency for it to listen for, attach it to your bomb, and when you're ready to detonate, use another signaler to send a ping on that same frequency.

So, you put your tanks on the valve assembly, attach a suitable trigger, and flip the switch- and nothing happens. What, did you think mixing plasma and oxygen would magically make an explosion?

How to Make Things Go Boom

Toxins bombs really are just gas tanks. All that happens when you open the valve is that the two tanks mix together. Any tank can be used as an explosive if you're clever enough, but the traditional toxins bomb is the easiest to learn.

So what makes tanks explode? Any tank will explode if its contents are pressurized to more than approximately 400,000 kpa.

Some jokers like to randomly signal the default frequencies of these devices so either before or as soon as you've attached one to a bomb you'll want to open its control panel by clicking it or the bomb in your hand and change the frequency and code so that you don't get a nasty surprise.

Ever tried to make max cap bombs and fucked up because you don't quite understand the logistics? Just want to make your bombs better using just ONE SIMPLE TRICK? Do you want to become the station's hero by suicide bombing the guy murderboning with a dual-bladed energy sword? Then this guide is for you. In this guide, I'll explain how I make maximum capacity bombs as well as some of the ideas behind it, so you're not left feeling confused.

Once you've completed this, you'll have an easy maximum capacity bomb in 4-10 minutes! Repeat steps 11-13 with your other Tank Transfer Valves if you wish.

If you're more of a visual learner, I created a quick and dirty speedrun of me making one of these bad boys here [2].

If you want to take your bomb escapades EVEN FURTHER BEYOND, I can give some tips:

Do some code diving (and boring MATH) or neat experimenting! The world is your oyster in the game of bomb creation. 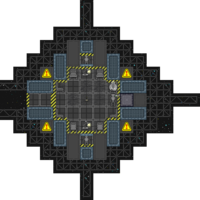 The Toxins Test Chamber is the location where all the explosions happen! Unless you’re a traitor, of course. 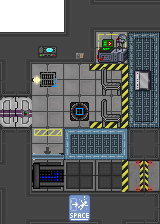 The Toxins department comes with a built in testing arena! It's great for testing the power and destruction of your newly created bombs. If you go out the right exit of Toxins and continue walking you will find yourself in a small room. The first things you will most likely spot will be the mass driver, the Doppler Array and the observation screens.

The Doppler Array will measure the explosions sizes for any explosions in its facing direction. The main use is to measure the theoretical size of the explosion, which is what the explosion would have been if it wasn't capped. Now, make sure your bomb is completely set-up and double-check it, then drop it on the mass driver and head over to its control. Click on the control and the bomb will be launched into the toxins test chamber. Now head over to the observation screens and click one of them, which will allow you to view the bomb explosion through the test chamber cameras.

This is the recommended way to test your creations. If you decide to test your bombs elsewhere, expect a wave of security to come and beat your ass for destroying parts of the station. Enjoy your explosions. 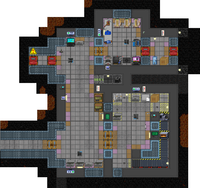 Please make sure your bombs don't explode this. 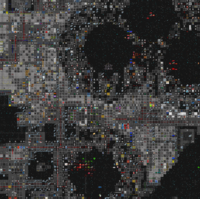 Bombs are designed to be used with mining to clear out regular rocks. If you’re a traitor you can also use bombs as a quick way to get the shuttle called, since you'll probably end up with only half a station afterwards.

If you choose to use bombs to EXPLODE Lavaland for ores (or for shits and giggles as a traitor), be wary that LAVALAND DOES NOT HAVE A MAXIMUM BOMB CAP! This means that if you create a beautiful 22/44/88 bomb and detonate it expecting a normal maxcap, it will probably vaporize half of Lavaland, the Mining Station and Gulag, as well as having the nasty side effect of killing you and some poor goliaths.

Seriously, don't go and randomly set these off on the station if you aren't a syndicate or otherwise an antagonistic character, you WILL get job-banned or permabanned.

Don't be this guy 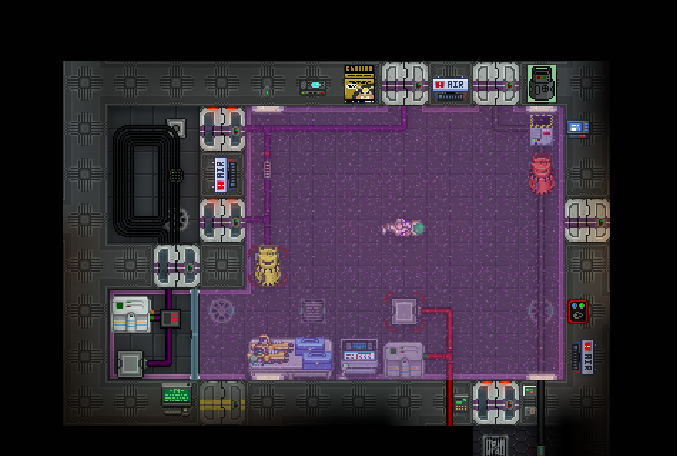