From /tg/station 13 Wiki
(Redirected from Guide to RnD)
Jump to: navigation, search

The most boring of the four but the most important. A core R&D console is located on the bridge and in the RD's office. You can ask the RD if he wants help with research, or if there is no RD, print a Core R&D console board from the circuit imprinter. R&D will gain research points passively and your job is to spend those points before the roboticist can. You should always try to get mining tech first, then the best parts (Tier 4) and then whatever is requested. A Security Officer may ask for weapons technology and an AI may ask for AI technology or cyborg upgrades. People will also come to your front desk to ask you to print them some parts or boards and give it to them (do this unless you want to get greytided). You will usually also be tasked with upgrading the station's machines (see the construction paragraph on this page).

Make medbay obsolete, brush off point-blank shotgun buckshot shells, kill the entire station, get banned for forcing people to recite Woody's Got Wood, and more at The Guide to Nanites

Another job for the xenobiology lab. Find biological samples in the station and use them to grow creatures. See the guide to cytology.

. You can turn them into proper anomaly cores

with the implosion compressor

, typically found near the toxins lab. To do it, first insert a raw core into the compressor. Then you must make a tank transfer valve bomb

. Insert the finished bomb into the compressor. You do not need to add a trigger to it. If the bomb's theoretical explosion size was big enough the raw core will turn into a proper anomaly core. The bomb will be harmlessly consumed regardless if you succeed or not. Making additional anomaly cores of the same type will require larger theoretical explosion sizes for each new core. You can make at most 8 cores of the same type per round.

Examine the compressor after inserting a raw core to find out how large the bomb needs to be. They typically need much smaller sizes than research bombs. More raw cores can be ordered from cargo.


Anomaly cores are required for certain research items as a limiting factor to prevent mass production. 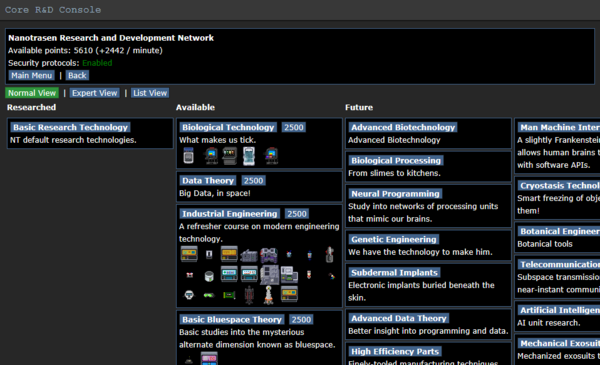 Industrial Engineering is available as soon as you get your first 7500 research points, unlocks tier 2 stock parts for machine upgrades, and unlocks the RPED. It's also a pre-requisite for ALL of the other research items suggested here, so it's probably a good idea to consider doing it first of all.

Provided below is a diagram of the entire techweb. 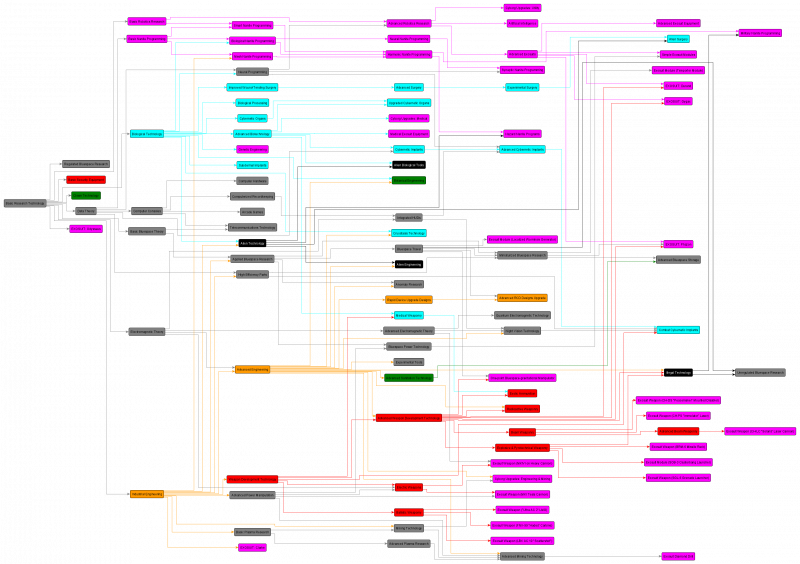 Toxins bombs detonated at the test site generate points through the Tachyon-Doppler Research Array which records the size of the blast. Somehow this generates points. After a change in 2018, the maximum amount of points you can get from a bomb and round is 50 000.